Hello my name is Luka Sanader and am writing to you form Montreal, Canada. After 20 years (ex YT1VSL)i have decided to apply for new call sign and to go back to CW and amateur radio; get my feet wet again.

i started using Hamsphere 3.0 and 4.0 (my callsign is 2HS3625) and i would love if i could do some CW on internet. for several days i am reading posts registering on forums and i discovered iCW. I have MacBook Pro running OSX 10.10.2.

this is my problem at the moment:

2) i need to find software Keyer for Mac that works (i have Cocoamodem 2.0 but i have no luck)

so far i downloaded Mumble and i can SWL but i cant transmit. i had downloaded Cocoamodem 2.0 but i had no luck yet. and am still looking for a keyer

if you have any tips for me please help

The first thing i would try for transmitting morse code audio tones over mumble is to test using the sidetone audio output from your rig or your cw keyer.  Connect an audio cable from the sidetone audio output of your rig or keyer -  to the input of your Mac's soundcard.  LINE INPUT is best, but MIC INPUT will also work.   You must control the amount of volume to the input of your soundcard so that it does not distort.  Use the MUMBLE LOOPBACK/SERVER function to hear what your cw sounds like over mumble.

If your sidetone is a square wave with no rise or fall time,  then it will have key clicks,  but you can use a filter like the hipermite cw bandpass filter,  which works and sounds fantastic on iCW.  There are many more options for getting a nice sidetone into the mumble input and over the internet.  You can do it with hardware or software or a combo of both.

Another way to use your paddles with your MAC computer, is to use REAPER for MAC to custom build an AUDIO to MIDI to CW AUDIO OUTPUT setup.   You can take any tone at all , and send it to your soundcard input,  tell REAPER to listen there and then you can apply REAPER's own plugins to make a very well constructed CW NOTE.  Using your cw keyer, its AUDIO OUTPUT goes to the MAC's soundcard input,  then REAPER takes it the rest of the way.  If you are interested in this method, please let me know, i will be happy to help you get that setup going.

REAGATE:  takes any audio input, and the volume of the audio input tone, triggers a MIDI NOTE OUT event 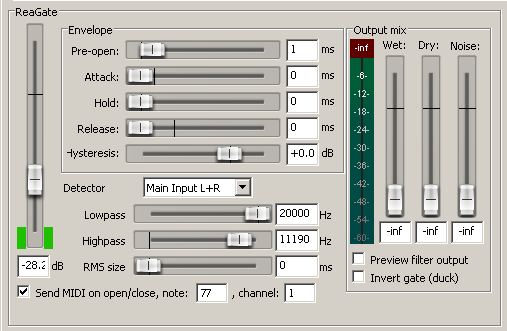 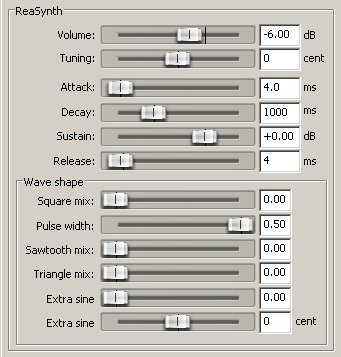 ReaSynth is set to 4ms rise and fall time as you see in the controls, but even this has some edge noise on it so we filter out the edge noise with Reaper's own BANDPASS FILTER plugin

To look at the Spectrum analysis of the outgoing CW, to see how good the filter is doing, we use SPAN 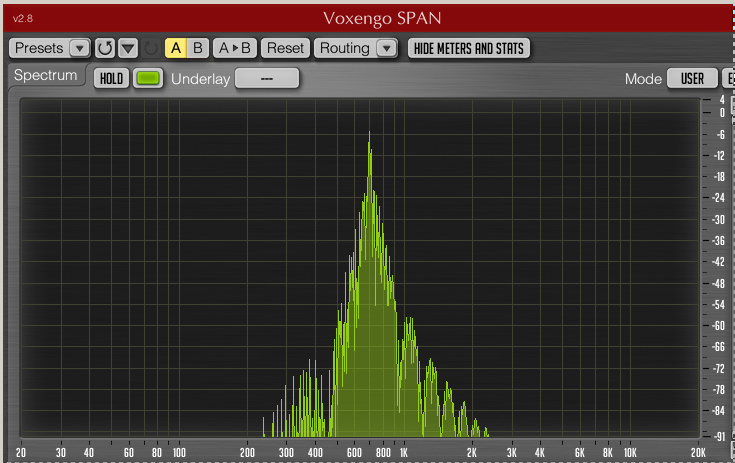 We also can use an oscilloscope to take a look at the wave shape, here we use Mstereoscope 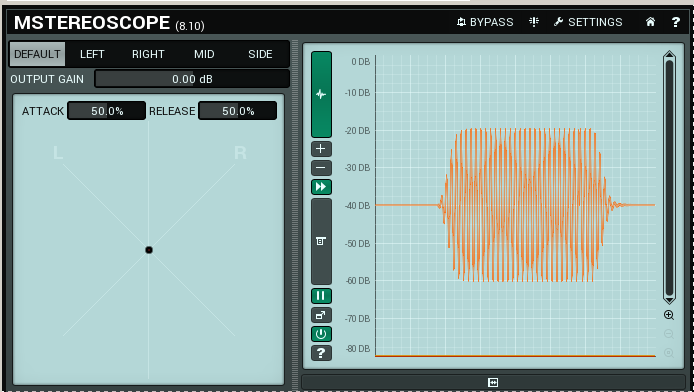 all free plugins...so you can use other non-reaper plugins too

You can route FLdigi over to MUMBLE INPUT and your soundcard output at the same time,  you can also route simultaneously, the MIC INPUT or LINE INPUT over to MUBMBLE INPUT and your soundcard output.  Here is an example of using jackosx's JACKROUTER APP, JACK AUDIO's SOFTWARE MIXER, where you are able to connect FLDIGI and the MIC INPUT , both over to the MUMBLE INPUT -  (the SYSTEM shown on the right side of the connection bay, is the computer soundcard -  you can draw wires from FLdigi on the left , also to SYSTEM on the right, so you can monitor the FLdigi sidetone)

This method of using AUDIO to MIDI conversion to create a cw tone, is very low latency.  The time it takes from hitting the iambic paddle handle or straight key until you actually hear the tone,  is considered to be  NEAR ZERO LATENCY at 20 milliseconds.  Here is an example of the PADDLE TAP TEST measured to be 20 milliseconds.  The mark on the left is the STRIKE of the iambic paddle or key, and the shaded area is the delay before the TONE begins.  This tiny delay is measure to be 20 milliseconds by AUDACITY.   This is exceptional low latency performance for all the software to do its work and produce an extraordinary well shaped cw note. 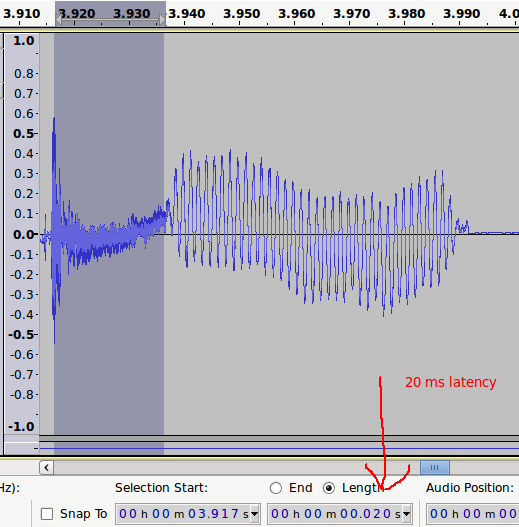