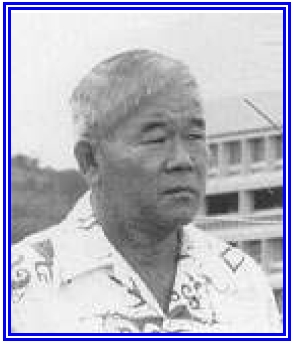 Dr. Katashi Nose - KH6IJ - K6CGK - *1915-1994*
"Nose could copy morse code well over 75 words per minute"
Katashi was born in Honolulu. Nose attended McKinley High School. During his
junior year, he was seated next to a girl named Matsuyo. Later Katashi
became interested in amateur radio from a school friend in 1931, learning
morse code over night and was first licensed in 1932 as K6CGK. He later
married Matsuyo, saying Mrs. Nose was his first love in life and amateur
radio was the second. Our subject, a Univ. Of Hawaii graduate, masters
at Harvard and graduate work at Stanford. Nose’s operating skill and knowledge is legendary with amateur radio operators. For many hams, Nose was often the first Hawaii or Oceania contact and was known and respected throughout the world and a DX’er and champion contester. He had a unique mix of ability, patience and good sportsmanship. Nose could copy morse code well over 75 words per minute. He once used a typewriter in a speed competition to keep up with his audio skills because he could copy cw faster in his head. He was famous for patiently working
and tutoring novices on 15 and 10 meters. During contests and other competition, the number of stations contacting him was phenomenal. In order to make a cw contact, he’d tell the sending station to send faster, not slower, so that he could hear the calling station through the heavy pile up. Katashi was the first station outside the continent to win ARRL’s Worked All States (WAS) award in 1936 which was quite an accomplishment for its day (WAS Nr. 153) He was the first Hawaii station to earn Worked All Zones NR. 62, in 1948. ARRL’s DX Century Club award NR. 255 in
1948. In 1952 he received his Amateur Extra Class, the fifth U.S. ham to do so. Nose eventually got his famous call sign issued, KH6IJ. Nose began writing a column “With Hawaii’s Radio Amateurs” in the Honolulu Star-Bulletin newspaper, which ran from June 19th 1937 until 31 December 1992. It was the longest running column for the newspaper, featuring amateur radio news of Hawaii, the U.S. and abroad. Chemistry fascinated Katashi, it offered the opportunity to combine ingredients into new
formulations. On the practical side, seeing that the bulk of Hawaii’s economy then was based on sugar cane production and harvesting sugar, Nose made a practical career choice in applied chemistry by studying sugar production at the University of Hawaii, graduating in 1937. Nose landed a job as a science teacher at Kauai High School. During his time on Kauai, he supplemented his teachers’s salary by repairing phonograph, radios and electronics. He served as the chief broadcast engineer for Kauai’s only radio station KTOH. A lot has been written about Nose’s antenna projects and design, so much so, documents were published in the ARRL Antenna Handbook. Nose’s daughter Frances, “My most vivid memory of dad is how he hand carried me through my math and science courses when I was in high school. Today Frances carries on the KH6IJ tradition who is now the proud holder of that famed call sign. When ever possible dad would take his family with him on his travels, she said.”
Noses’ radio activity got him incarcerated for a time having radio equipment at his home for a class he was teaching at Kauai High School at the time of the Pearl Harbor attack. He was released 10 days later after notable people, including Joseph Farrington, territorial designate to Congress and Star- Bulletin publisher, vouched for him. Both his parents worked for the Farrington family. Dad said his greatest thrill in radio was to hear his voice bounce back the word “one” in one third second from a satellite 53,000 miles up. He was using bargain basement equipment he put together
at the University of Hawaii while teaching there. KH6IJ is renown for the development of economical earth stations to access the ATS-1 satellite, his practical design was instrumental in the growth of the PEACESAT network to over 140 sites in the Pacific Islands regions (from 1971-1985) Mr. Nose not only designed but also modified, assembled and installed the PEACESAT ground terminals and antennas all over the South Pacific. Frances said “ Her father was a celebrity in the ham radio world, when we would go to Japan, for example, there would be a whole group of hams meeting him and I remember they met him at the airport with a miniature antenna.”
Nose suffered a stroke in march of 1979 and retired from the university, although he continued to produce his column. He was very determined and made a real comeback after the stroke. Nose also wrote numerous articles for amateur radio magazines with international circulation. Honpa Hongwanji Hawaii Betsuin (Buddhist Association.) Named him a “Living Treasure” in 1985. Dr. Katashi Nose a retired University of Hawaii physics professor, expired April 7th 1994 St. Francis Hospital, at age 78. Our subject is survived by wife Matsuyo; son Joseph; his two daughters. There was a memorial service at Hosoi Garden Mortuary, casual attire, no flowers. Scripted r o n h a s h i r o . h t o h a n a n e t . A l so lists.contesting.com
BB 2007
THE ABOVE ARTICLE IS FROM THE FOLLOWING WEBSITE:
http://hamgallery.com/Tribute/KH6IJ/KH6IJ.pdf 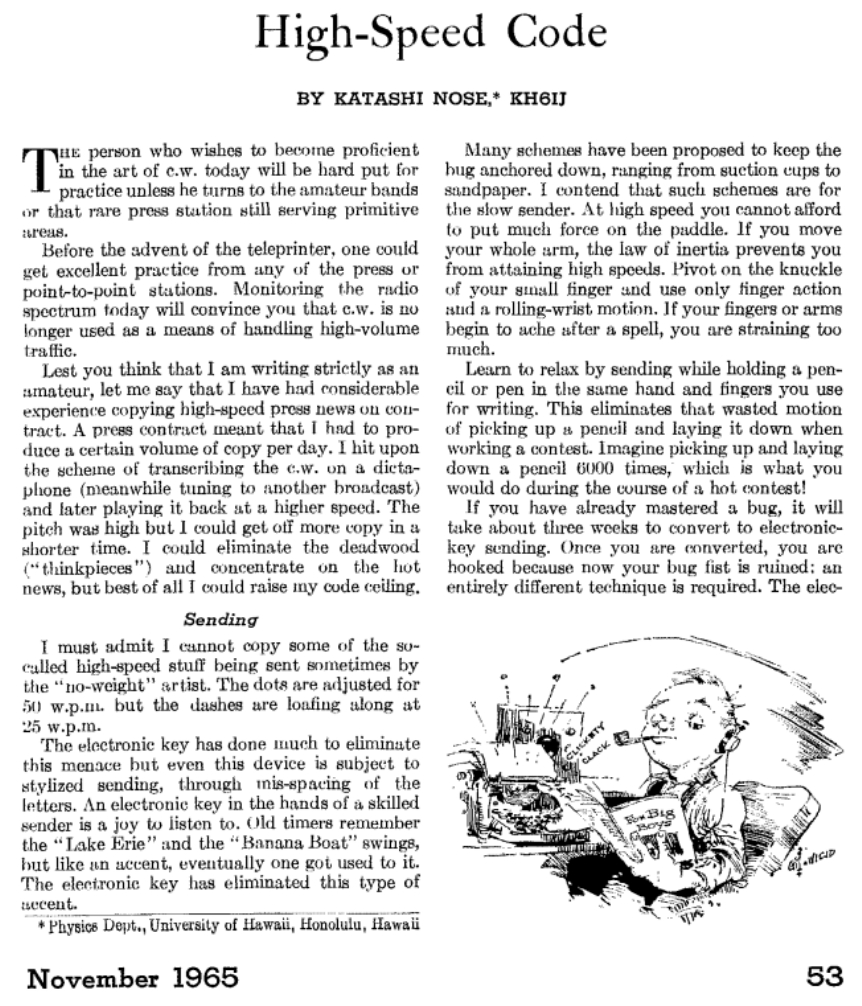 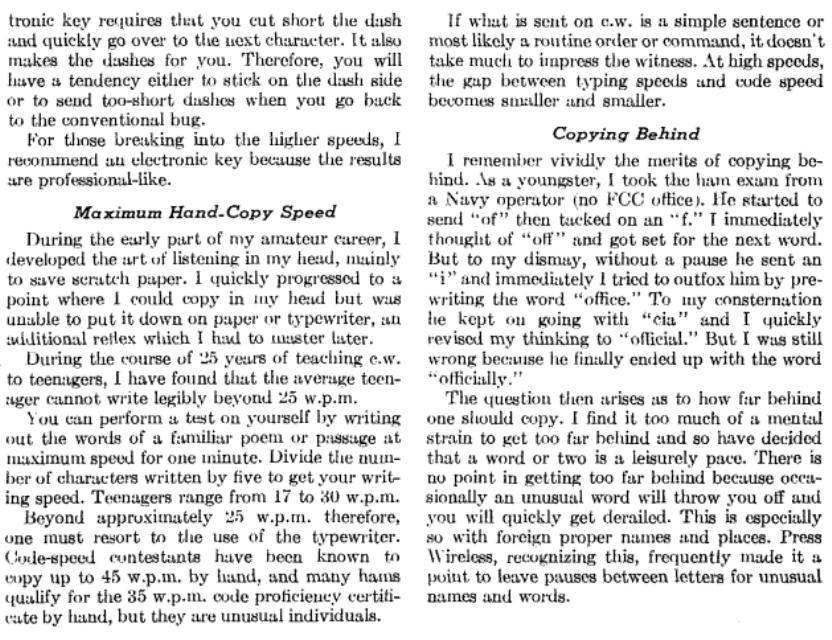 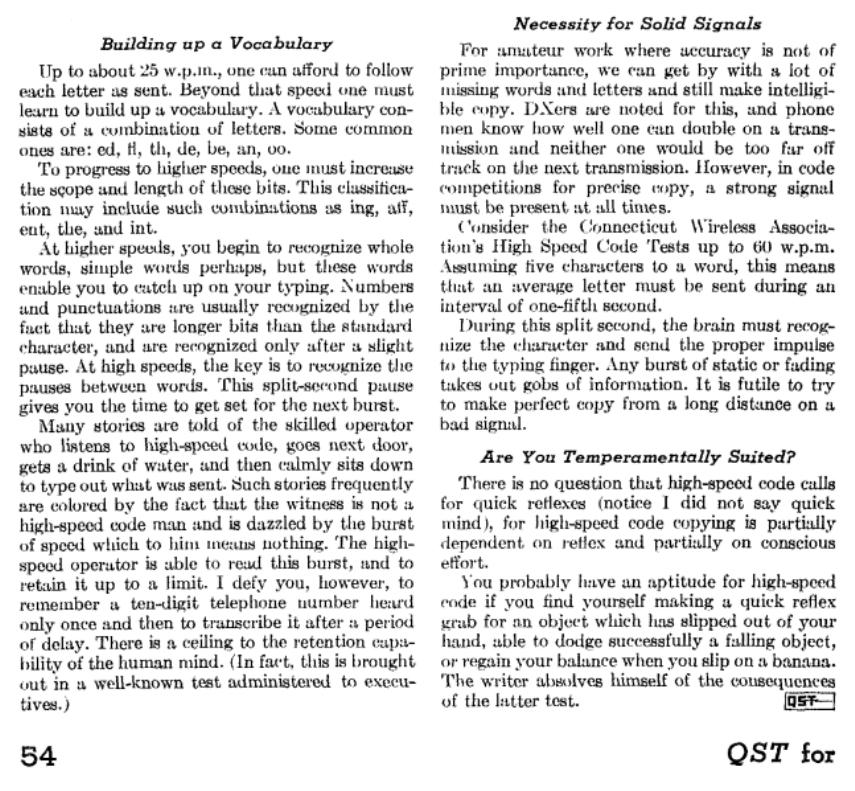