Note: though this example shows a setup using LINUX, the same concept will apply to a WINDOWS or MAC computer. The only difference will be in which free software audio bandpass filter plugin you decide to use. For windows here is one option as a VST PLUGIN: http://www.meldaproduction.com/MBandPass

Note: turn OFF MIC BOOST,(if you are using MIC INPUT) and you also need to make sure you turn down almost all the way your sound card recording volume for either the MIC INPUT or the LINE INPUT so that the output of the Ultra PicoKeyer volume does not overwhelm your sound card input causing distortion. (On this video I have lowered the volume slider for the computer's MIC INPUT all the way down.)

Here is an experimental battery eliminator circuit for the Ultra PicoKeyer. 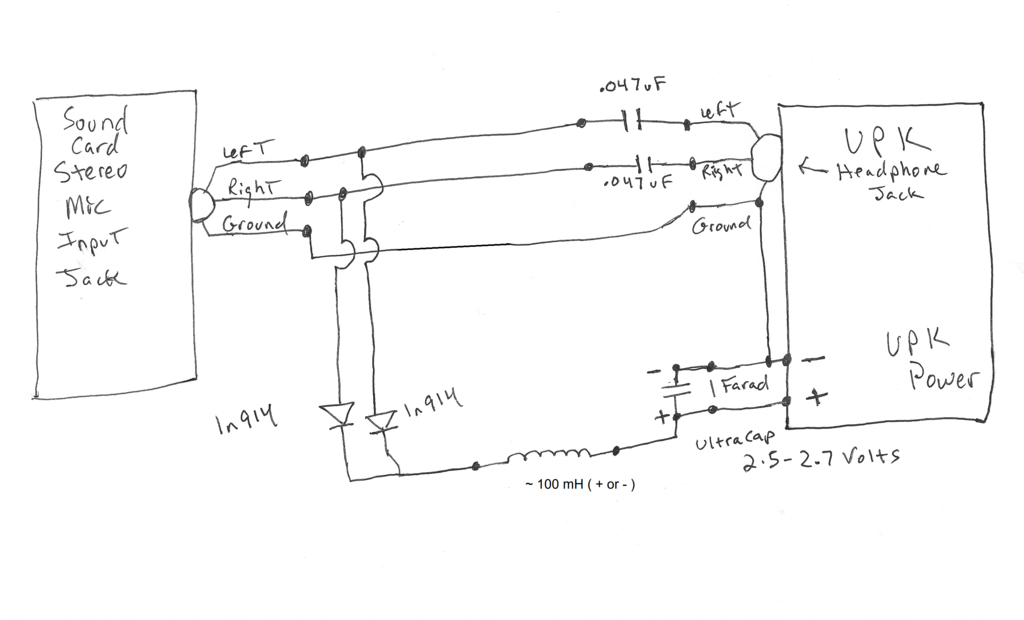 Since I am using the STEREO MIC JACK of the computer soundcard,  and both channels of the STEREO MIC JACK already have a built in power supply of around 2.9 volts that can deliver about 600 microamps per channel, (@1.2 milliamps total) to charge the 1 FARAD SUPER CAP,  the UPK will run for a long time easily on the 2.5 volts from the fully charged 1 FARAD SUPER CAP(~2.5 volts due to the voltage drop from the diodes), and then you never have to worry about batteries.  The UPK will continue to work perfectly down to about 1.6 volts, but even after a long qso,  and due to the continuous recharging by the mic voltage energy harvesting circuit during receive(key up), the voltage on the SUPER CAP never dropped below 2 volts.   The charging current into the 1 FARAD SUPER CAP is also limited by the "dc" resistance of the 100 mH CHOKE COIL.(the choke coil helps to keep the output signal of the UPK from going back to ground through the super cap.)

WARNING:  MEASURE YOUR MIC VOLTAGE FIRST !  - to make sure that your mic voltage is 3 volts or less...or you could damage the UPK CHIP , if your mic jack is more than 3 volts, knock it down by adding more diodes in series until it matches your 2.5 volt or 2.7 volts UltraCap rating.

Here is a REVISED version of the schematic and some circuit mods shown to place everything on the original Ultra PicoKeyer circuit board. 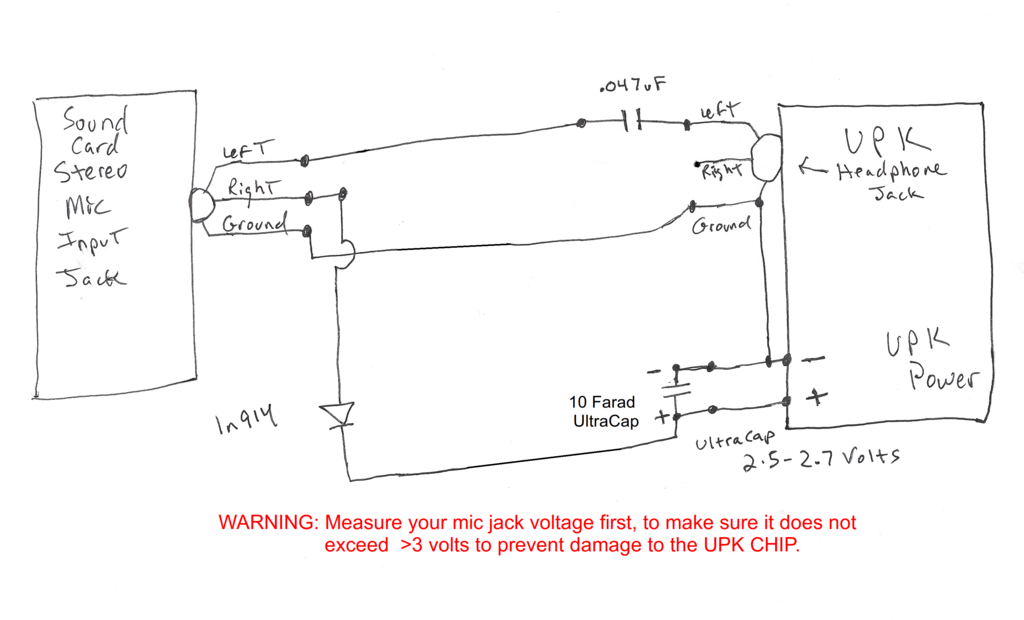 Here is the FRONT of the UPK BOARD

On the front of the board the 10 FARAD ULTRACAP(2.5 volts) is soldered into place to the + and - power supply pins at the edge of the board.(the battery holder & the speaker are unsoldered and removed in order to make room for the 2.5 VOLT UltraCap) 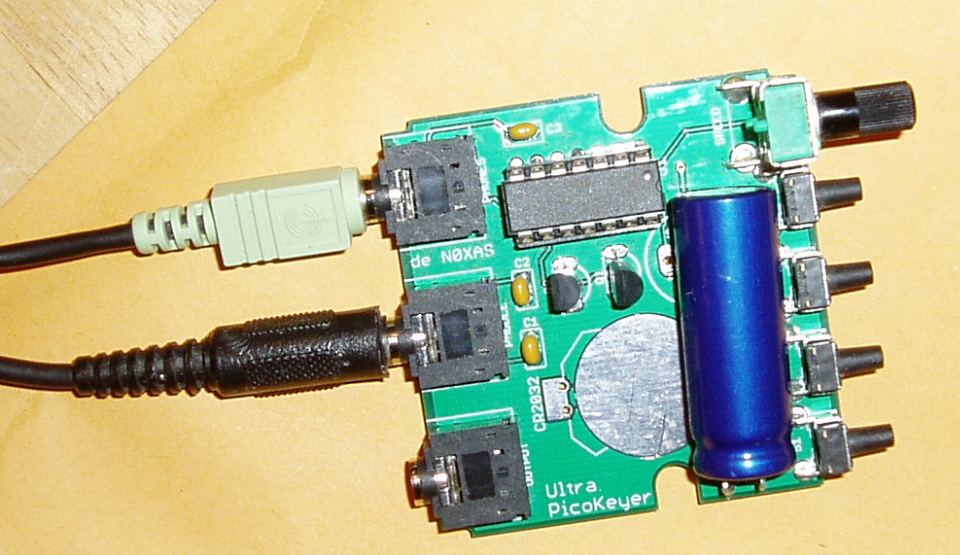 HERE IS THE BOTTOM OF THE BOARD where you have to break the copper traces between the left and right headphone jack pathways and the UPK CHIP to the headphone jack pathway and then solder in a .047uF cap.  Also shown is a connection from the POSITIVE RAIL of the incoming mic input cable (RT CHANNEL) to the POSITIVE pin of the UPK POWER SUPPLY/supercap(through the 1n914 diode).  Also a wire connects from the MIC INPUT CABLE(UPK HEADPHONE JACK OUTPUT) GROUND to the UPK negative pole of the power supply pin where the SUPERCAP is soldered, connecting the grounds between the HEADPHONE JACK ground and the UPK main circuit board ground.(in the original schematic of the UPK this ground is normally isolated via a CAP, but we need the grounds to "dc" connect in order to make use the power supply from the computer mic jack to trickle charge/recharge the UltraCap to 2.5 volts. 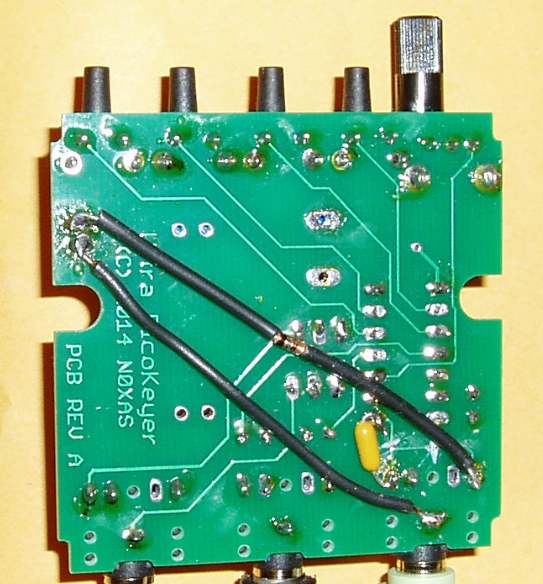 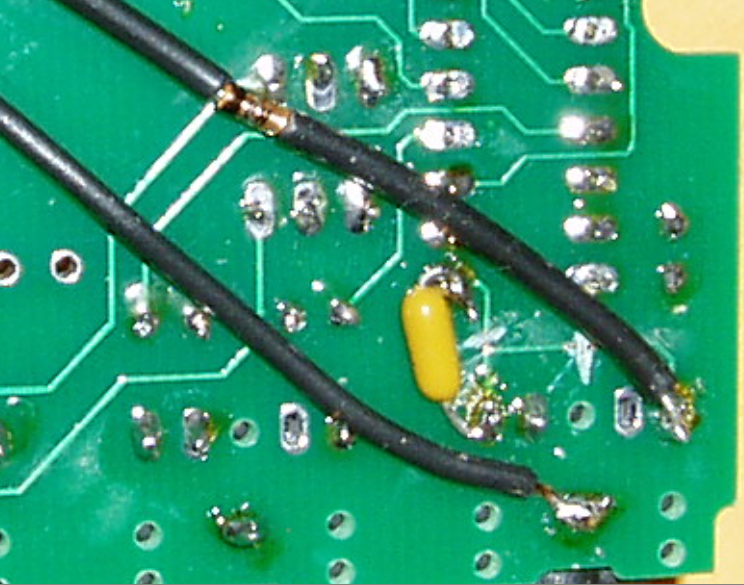 THIS VIEW HIGHLIGHTS WHERE THE NEW SOLDER POINTS and TRACE BREAKS are located:

the red circles are the solder points, and the red horizontal lines are where the trace breaks have been carved into the board by a box knife and triangular file. 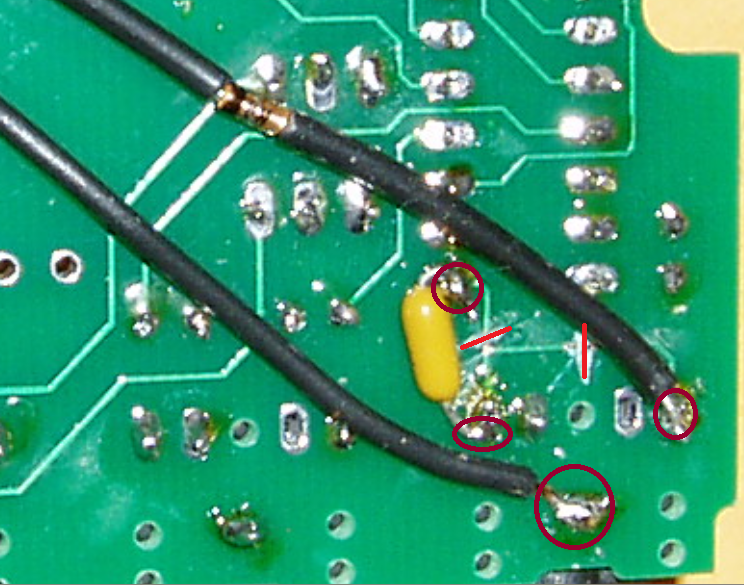 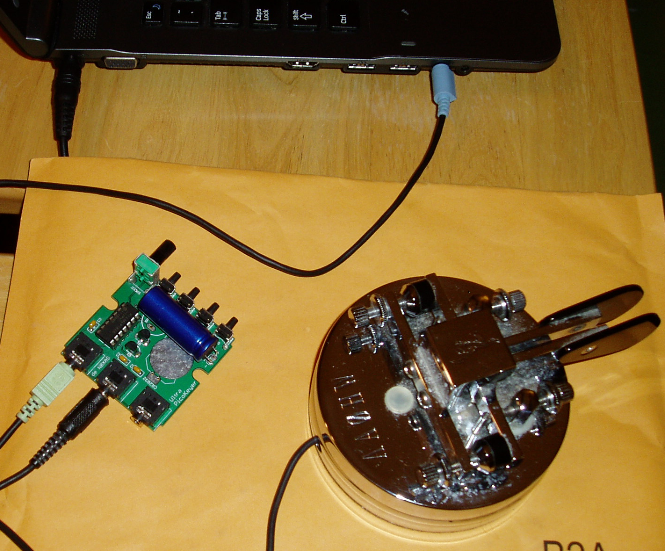 THE 10 FARAD CAP now will act like a battery supply and provide all the voltage and current needed to operate the UPK KEYER for as long as you need it to operate.  During periods of NON USE and KEY UP, the MICROPHONE POWER SUPPLY will trickle charge(< 1 ma) the 10 FARAD SUPER CAP back to 2.5 volts.

NOTE:  on my laptop STEREO microphone power supply, the voltage is @2.9 volts on both the left and right channels...the 1N914 diode knocks the mic voltage down to @2.5 volts. (measured after 2 days of trickle charging)

MEASURE YOUR MICROPHONE VOLTAGE and verify that it is no more than 3 VOLTS...and also to see if you have a STEREO or MONO MIC on your computer before attempting these mods to your UPK.  If your mic voltage measures more than 3 volts, lower it by adding more diodes in series until the charging voltage matches the VOLTAGE RATING of your UltraCap... usually either 2.5 or 2.7 volts.

NOTE: Although this version shows a 10 Farad supercap, a 1 Farad supercap may be sufficient.  I have never run out of "juice" when using a 1 Farad supercap during any of my cw qso's.  The 10 Farad takes many hours more to get to full charge with only the MIC JACK providing the power source compared to a 1 Farad supercap.  If you jump start the charging of the supercap with an external power source, make sure not to exceed the voltage rating of the supercap(2.5 or 2.7 volts) and it may be best to use a current limiting resistor...@5 to 10 ohms.  I have used 2 d cells(3 volts) and pre-charged the supercap to 2 volts and then allowed the mic jack to the do the rest.  My UPK starts working once the supercap reaches a 1.6 volt charge.  Its nice to hear the  UPK send out its 73 cw sidetone alert message, once the UPK supercap power supply charges up enough to reach its "critical mass" for START UP.

HERE IS A VIDEO TUTORIAL COVERING THIS BATTERY ELIMINATOR CIRCUIT

Using just your CHROME BROWSER, WebRTC will allow you to use your UltraPico Keyer sidetone with your computer sound card to have a morse code qso over the internet with another CW OP using a similar setup.

Source-Connect Now, in this setup example, provides the WebRTC function via the CHROME BROWSER. This works on windows, mac and linux if you have the Chrome Browser.

CW OPs send their UPK SIDETONE into the mic input or line input jack of their sound card. Using jackrouter, the audio from the mic or line input is routed to a bandpass filter plugin. After it has been filtered, the audio is routed to two points... THE COMPUTER SOUND CARD SPEAKERS/headphones so you can monitor your sidetone in real time, AND at the same time, the output of the bandpass filter is routed over to a "virtual audio input" that directly connects with the input to Source-Connect Now and then over to and through the internet to the other UPK CW OP.

FULL DUPLEX - fast break-in - low latency - is possible with WebRTC and Source-Connect Now. In this same QRQcw youtube channel there are other videos that go over the jackrouter and Synchronous Audio Router setup

NOTE:  this setup also works well with the voice chat APP - Mumble - for a qso on the iCW server. 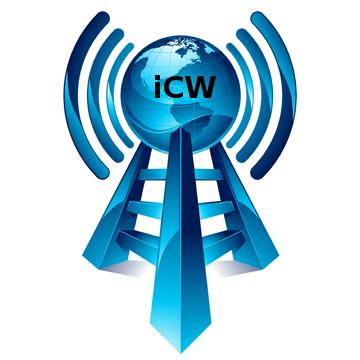 Here is a screenshot 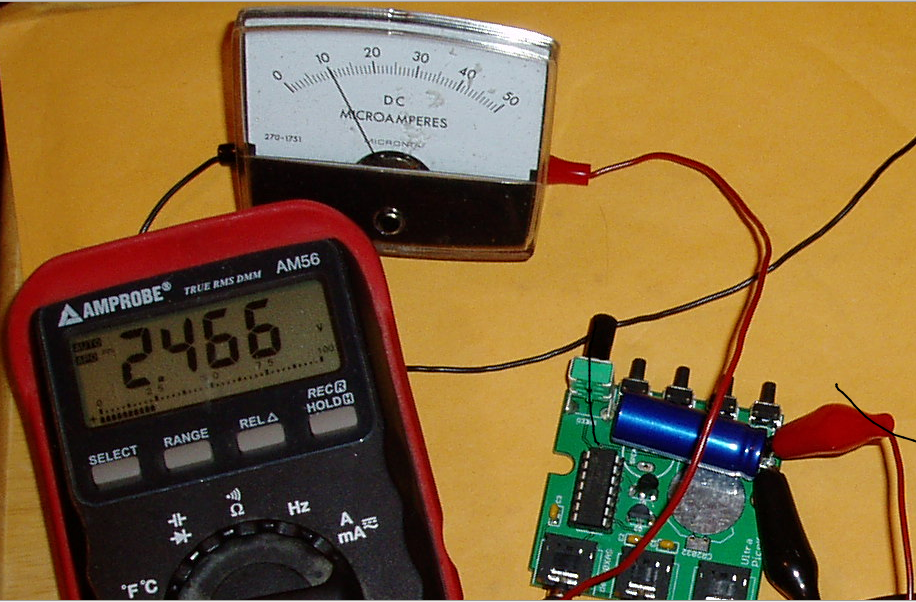 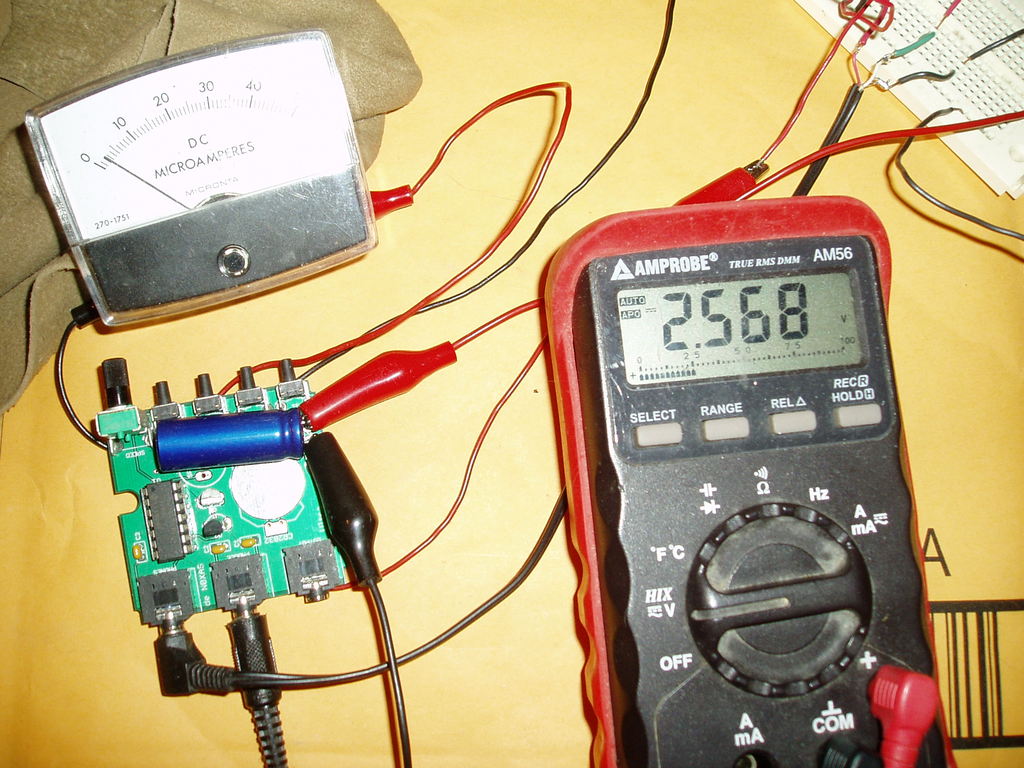 And below is another picture showing that after 3 hours of holding down the dit paddle handle for a continuous dit stream test, after the SUPER CAP had reached the 2.568 volts as pictured just above, the voltage dropped down to only 2.157 volts and the CAP charging current only went up to 45 uAmps. 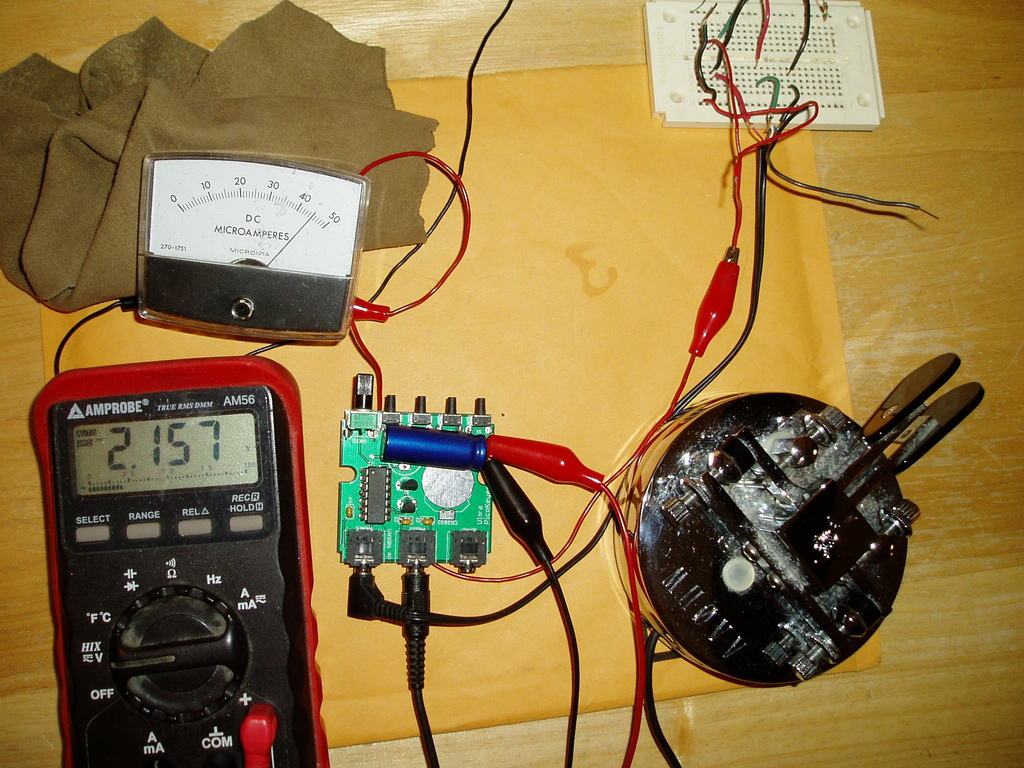 This 10 FARAD cap works fantastic as a battery eliminator - that even after 3 hours of steadily holding down the dit paddle handle, the voltage/storage capacity of the 10 FARAD SUPER CAPACITOR  has barely dropped (only 4 tenths of a volt) and the MIC JACK POWER SUPPLY charging current is still under 50 microamps.(the INTERNAL MIC POWER SUPPLY can sink about 600 uAmps per channel)

Adding a Straight Key to your UltraPico Keyer computer interface 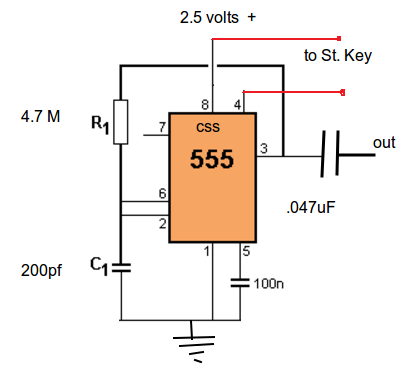 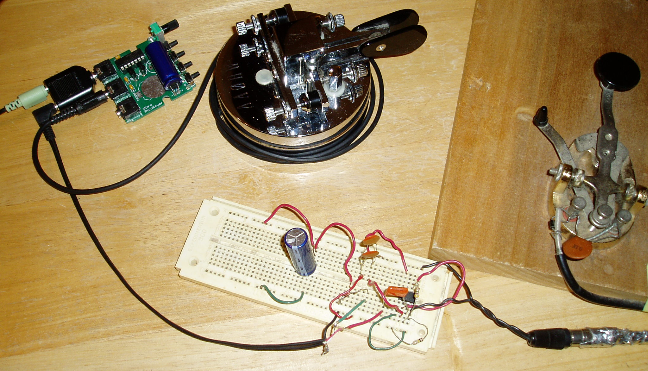 Here is a close up of the breadboard

CHARGING THE 10 F CAP:  the green wire, from the MIC JACK CABLE, is going through a diode to charge the 10 F cap from one of the MIC JACK's stereo channels; the one not being used for charging the UPK's 10 F cap.

NOTE: not shown on schematic is the 100k RESISTOR to ground for pin 4 that you see in this picture just above. We toggle pin 4 to the POSITIVE voltage in order to activate the CSS555 into "sending mode" using the ST KEY. The current drain on the CSS555 is only 3 to 4 uAMPS in standby mode.  KEY DOWN on PIN 4 TO POS, will only increase the current drain to @ 100 uAMPS during transmit mode on this CSS555.

By using a variable 5 megaohm POTENTIOMETER  and/or  365p VARIABLE CAP, you can vary the SIDETONE AUDIO PITCH very smoothly.

HERE IS A PICTURE of the original css555 sidetone output waveform on top to the filtered on bottom: 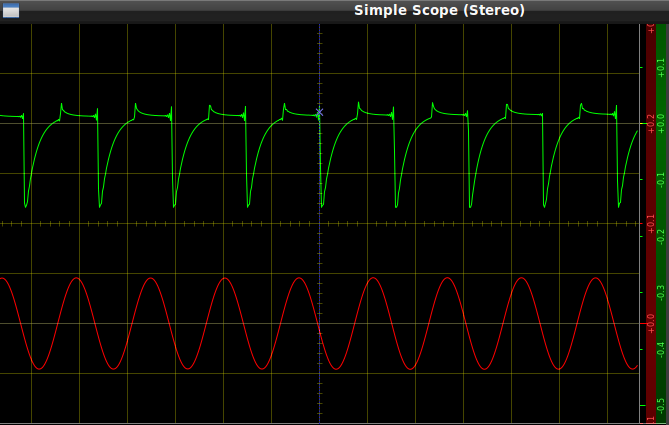 HERE is a picture of the spectrum output of the css555 output before and after bandpass filtering: 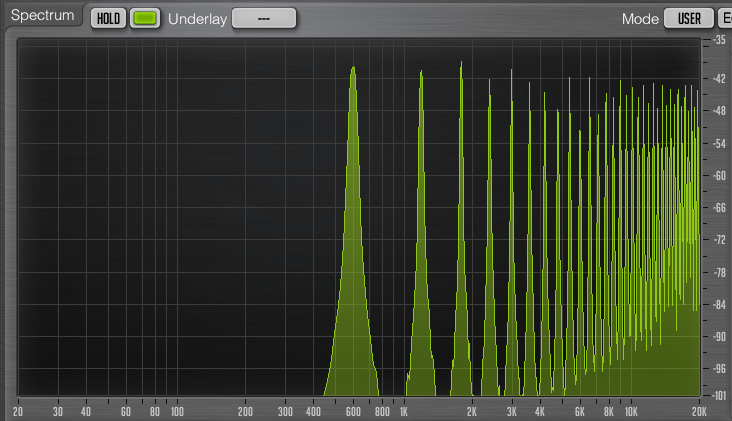 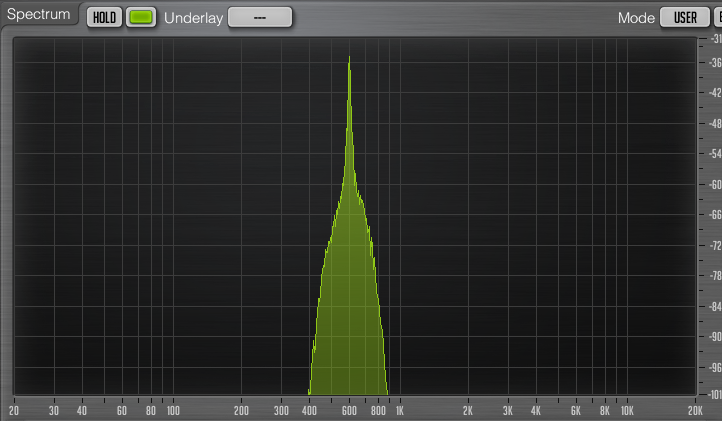 HERE IS THE cw audio BANDPASS FILTER being used: