Ok, now that I am increasing my speed with RUFzXP, what keyboard should I buy to use when the sunspots increase and let me hook up with one of the FOG ops on the mainland?

For that I have found the COMFORT CURVE 2000 from microsoft to be my favorite ergonomic keyboard
I am very interested in trying out the KINESIS , DATA HANDS, and eventually maybe a chorded keyboard
like the court reporters use(they can type over 200wpm with their system)

My goal right now is to be able to type conversational text at 100wpm and fill the buffer for smooth QRQ
cw sending. We have a few QRQ ops that meet on Saturday afternoon around 1 30pm central @7024 HF
40 METER BAND and W3NJZ, K8IF, AA0HW, W2UP, AB4KX, K5TO are some of the regulars that show up
to try and QRQ to 100wpm and above

I am trying to figure out how to BROADCAST our QRQ cw net on my VENTRILO SERVER so that others could listen in ...and even join (once I finish the interface to hook up the VOIP in to the HF OUT)

I have heard good reports that the DATA HANDS( although they are not being manufactured at the moment)
have the LEAST IMPACT on the wrist and hands as far as CARPAL TUNNEL AND RSI goes...
I have some doctors that I work with that state they have some patients that are using the DATA HANDS at 140wpm for excellent typing with minimal stress on the hands, wrists and fingers etc...

Typing becomes the limiting factor in QRQ qso speeds, being able to stay ahead of the buffer at 100wpm
and above is very difficult not to mention you have to be able to think that fast : )

The other factor in SPEED TYPING for ENGLISH CONVERSATION TEXT ONLY, is the KEYBOARD LAYOUT...the QWERTY layout may not be the best....DVORAK, COLEMAK, PLUM, ARENSITO,
may offer faster and easier SPEED TYPING

MALTRON is another interesting layout

Any hints on ways to increase typing speed? I seem to hit plateaus like I did when I was learning code. Is there software available for increasing typing speed? I have been using Mavis Beacon's typing program.

Fred w3njz and myself are in agreement that for QRQ cw typing at maximum speed
it is best to:

1. Do not listen to your own sidetone while typing This slows the brain down...
having to listen to the cw you have just typed lag behind your mind which is
trying to type ahead of the buffer and keep it filled. Hearing your own sidetone
has a tendency to keep you from reaching your max speed. It is kind of hard
to give this up at first, but after a couple of weeks I think you will find, as FRED
and myself have found, that your typing/brain speed will increase and another side
benefit is, you will not get AUDITORY NEURAL FATIGUE from hearing the same
pulsing pitch with no break. Hearing slience for a while quiets the mind and allows
the brain to reset and relax if you are typing without a sidetone...


2. It is helpful to sit down for a practice session and just type conversation as if you
were really chatting with someone, this allows you to practice coming up with
conversational thoughts on the spur of the moment and typing them out as you
think ...just as if you were talking live etc... it is good to practice typing text that
is already written for you just to get your hand- eye -keyboard- coordination going...
but this does not help you to type as you think....that needs to be practiced as well.
Having some instant messenger sessions everyday with a friend helps a great deal...
ripping out text as fast as you can and sending it to your IM buddies etc....
will give you good practice on FAST SPEED BURST CONVERSATION typing

3. Typing into the rUFZxp program helps ....this gives you individual word practice.
Try to 'burn' that word out as fast as you can and you will get a smile from RufZ
if you typed it out correctly...I have found this most useful it is easy to keep
making the same slow clumsy approach to certain words in ENGLISH on the
QWERTY KB layout....so RUFZ to the rescue gives you a chance to BURST out
that individual TROUBLESOME WORD faster and faster

4. DO NOT DO NOT look at the keyboard to get feedback to your typing accuracy
TOUCH TYPING IS THE ONLY WAY ! Use your screen to see what you are typing.
You will notice that your brain will discern your accuracy by seeing LIVE what you are typing while looking directly at the text on the screen as you
type. As you think and type faster this will get smoother and smoother.
FRED states that he just looks a bit to the side of the screen and not directly at it
and then when his mind picks up an error it is just a minor movement of his eyes
to the screen again to see what needs to be changed

I like to look at every letter as a I type it. I have found that to the be the best for me.
I can almost hear the word spoken in my mind and see it typed at the same time.
I like the IMMEDIATE feedback with no delay in the FEEDBACK LOOP.
My 'cw vision' picks up the error instantly and with the shortest possible amount of time
between the mind realizing OOOOPS and the eye trying to find the mistake,
I am able to make the backspace/error correction as quickly as possible.

5. COMFORTABLE desk/keyboard/hand position
not enough could be said for the importance of ERGONOMICS !

6. A little practice each day goes a long way be careful not to practice too much
and risk getting carpal tunnel or some other RSI SYNDROME

Permalink Reply by Joe on March 26, 2008 at 3:24pm
Do you use the K1el K40 keyboard keyer? I read the reviews and they all say it is a great kit. Did you buy the enclosure and readout?

Permalink Reply by Chuck aa0hw on March 28, 2008 at 6:28am
Yes I did
I need to send two of the chips back to get the updated ones...
I will let you know what I think after that

otherwise a very good kit
and it now goes up to almost 150wpm
which is my new goal I am shooting for....

Permalink Reply by Joe on June 13, 2008 at 10:47pm
Chuck
I was thinking of buying K1EL's WKUSB keyer. I saw a nice keyboard I could use with it in March08 QST on page 37 with the article on NUE-PSK. It looks like a nice, portable keyboard. Parallax.com makes it. What do you think? Does it make any difference what kind of keyboard one uses for QRQCW?

Permalink Reply by Chuck aa0hw on June 14, 2008 at 6:59am
Joe
You asked,
"Does it make any difference what kind of keyboard one
uses for QRQCW?

I believe it matters greatly...

When typing at your maximum speed, the type of keyboard you are using makes a big difference.

My favorite keyboard for typing QRQcw is
the MICROSOFT COMFORT CURVE 2000
I picked mine up at the store for about $20... 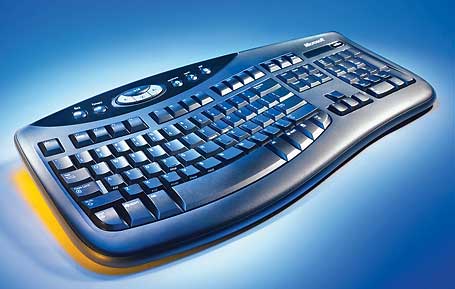 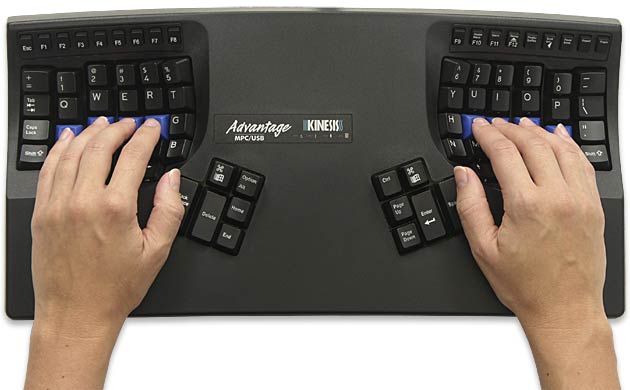 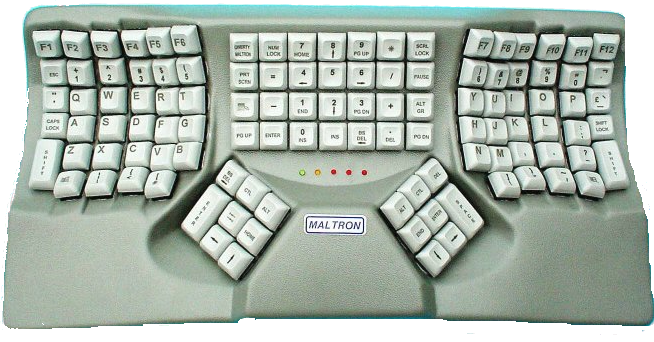 Permalink Reply by Joe on August 19, 2008 at 12:57am
The K1EL WKUSB keyer looks interesting to me. Do I understand correctly that it interfaces the computer and the transceiver so I can type while watching my computer monitor to make corrections as I go and run QSK with it? It seems the WKUSB would be a better choice compared to the K40 given the small screen on the optional K40 LCD display.

Permalink Reply by Chuck aa0hw on August 24, 2008 at 9:25am
I believe that you are correct Joe.
You will be able to type using your cw sending software while viewing your monitor.
Several programs will interface with the wkusb keyer.

I have the k40 with the LCD display and it is too small to be of value for
speed typing-error correction.

What software for sending cw will you be using ?

Permalink Reply by Joe on August 24, 2008 at 3:28pm
I think the wkusb keyer has the software included. I assume I hook up the wkusb to my computer and my old Omni D and fire away on the keyboard.

One other approach I tried over the weekend was to dust off my old Mfj 1278 data controller and my Apple II (yes my 20 year old Apple II gs!). The data controller was used initially for Pactor but includes a keyer function for use with a paddle and the ability to send code at 0 to 99 wpm using a keyboard. You use the data controller like a modem. I am having trouble with the terminal program provided by the Apple II gs. I type and the letters come out on top of each other on the screen. Oh well, if I can fix that problem, I should be able to use this ancient set up to actually send keyboard code on the air. We'll see.... Joe KH6/W3GW