The Raspberry Pi is first setup as a code practice oscillator using LINUX NATIVE REAPER and its own plugins. Then using a circuit similar to this: http://i.imgur.com/C2qYIPm.png , a 555 timer chip is keyed by a FET optoisolator that connects to a CW KEYER's key-RIG OUTPUT jack. In this video a…

With a morse code practice oscillator and a morse code hardware mechanical straight key - TAPPING THE KEY, and sending an audio tone into the MIC JACK INPUT, this video demo's the typical mechanical switch bouncing that takes place and causes breaks/gaps in the audio tone output...and then it shows a very effective LINUX NATIVE REAPER…

Midi Notes ZERO and ONE are being used to key the dits and the dahs...by using the letters S and Z on the laptop keyboard(usingVMPK)...however, there…

This video highlights some of the top capabilities of the Raspberry PI 2b, to send a seperate LEFT and RIGHT channel audio signal to 2 different audio derived cw keying circuits in order to KEY the Elecraft K3's CW JACK for STRAIGHT KEY and IAMBIC PADDLES and to KEY the Elecraft's PTT & CW jacks in sequence when operating cw keyboard with… 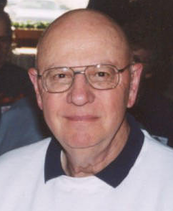